Your exciting tour begins today. Arrive in Berlin. Proceed to your hotel to check in & relax. Overnight in Holiday Inn City East or similar, Berlin

Proceed to Dresden. Visit the beautiful city of Dresden. The orientation tour of Dresden includes Semper Opera (subject to operation) and 18th century cathedral. Arrive in Prague in the evening. Overnight in NH Prague or similar, Prague.

Proceed on a city orientation tour, which includes a walking tour of Prague Castle, the cathedral of St. Vitus, the astronomical clock, the Old Town Square and the romantic Charles Bridge followed by a Cruise on the river Vltava. Overnight in NH Prague or similar, Prague

Proceed to Vienna - the capital of Austria. En route visit Kutna Hora. Take a photostop at St Barbara's Cathedral, dedicated to the patron saint of the miners and now a world heritage sight famous for its Gothic design. Visit the Sedlec Ossuary, also known as the 'bone chapel' a small chapel estimated to display the skeletons of 40,000 to 70,000 people, each arranged artistically to form the chapel's decor. Arrive at Vienna. Overnight in Hotel Bosei or similar, Vienna.

Enjoy a city orientation tour of Vienna, which includes Opera House, Parliament Building, City Hall, Hofburg Palace, Heldenplatz and Ring Boulevard followed by visit to Swarovski Crystal Store. Then we visit the Schonbrunn Palace - one of the most important cultural monuments in the country. Further proceed to the lovely town of Bratislava. Overnight in Hotel Holiday Inn or similar, Bratislava

Today we proceed on a city tour or Bratislava. Delve into Slovakia’s culture, traditions, history and future while exploring Bratislava’s major sights. Moving on to Budapest - Twin cities of Buda and Pest. Enjoy the Danube river cruise to explore this beautiful riverside capital. Overnight in Hotel Mercure Buda or similar, Budapest.

Today we visit Postojna caves, which have a mind-blowing collection of stalactites & stalagmites. Also see the famous Proteus - also called as 'Human Fish'. Proceed to Ljubljana – capital of Slovenia. Overnight in Hotel Park or similar, Ljubljana.

Today you arrive in the beautiful country of Croatia. City orientation tour of Zagreb includes the Upper Town - St Mary's church with its multi-colored tile roof, the baroque church of St. Catherine, the Cathedral of St Stephen and the Parliament with the Government Palace. Take a stroll in Dolac Market. In the Lower Town visit the statue of Ban Jelacic, the 19th century National Theater, Museum of Arts and Crafts and the University. Visit the Mirogoj Cemetery and the most beautiful Park in Zagreb - Maksimir one of the first public gardens in Europe & the world. Overnight in Hotel Dubrovnik or similar, Zagreb.

Proceed to Zadar. Embark on a city tour of this beautiful city. In the evening proceed to Sea Organ to see the famous sunset of Zadar. After you have watched the sunset, turn right and next door is a solar powered work of art that explodes with an array of brightly coloured lights – The Greeting to the Sun. Tap –dance, tip toe or waltz across its glass surface as it changes hues. Overnight in Hotel Kolovare or similar, Zadar.

After breakfast proceed on a walking tour of the beautiful Old Town of Dubrovnik. Overnight in Hotel Tirena or similar, Dubrovnik.

It is time to say goodbye to your new friends and take home eternal memories of your amazing tour only with MANGO HOLIDAYS!! 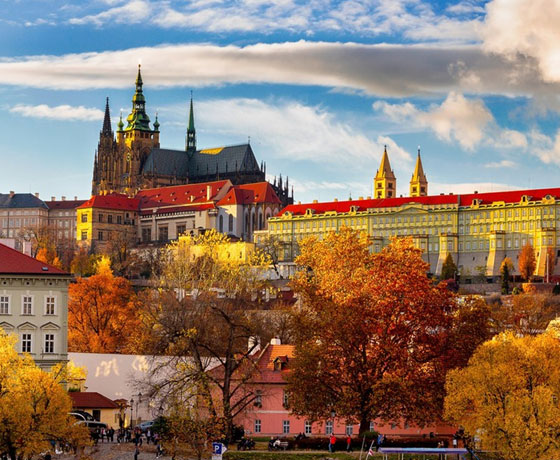